Listen in on this conversation with renowned psychohistorian, Dr. Robert Jay Lifton, and esteemed psychoanalyst/political commentator, Dr. Andrew Samuels, as they discuss the upcoming U.S. election. Our guests tackle a range of topics related to the current political storms. They call attention to the ways that human psychology and passion inform and intersect with the political. Their insights provide steady ground for turbulent times. 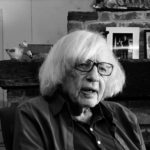 Dr. Robert J. Lifton
Robert Jay Lifton is a psychiatrist and writer who has taught at Yale, Harvard, The City University of New York, and is currently at Columbia University. His books include Death in Life: Survivors of Hiroshima which won a National Book Award, and The Nazi Doctors: Medical Killing and the Psychology of Genocide which received the Los Angeles Times Book Prize. And most recently Losing Reality: On Cults, Cultism, and the Mindset of Political and Religious Zealotry, and The Climate Swerve: Reflections on Mind, Hope, and Survival.

Learn more about Robert Jay Lifton and read his statement on Trump. 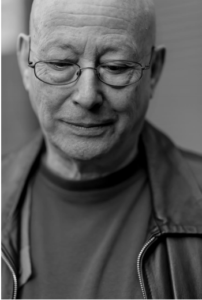 Andrew Samuels is recognized internationally as a political commentator working in the fields of psychoanalysis, psychotherapy and depth psychology. He draws on a wide range of approaches, including post-Jungian, relational psychoanalytic, and humanistic ideas. Andrew is a Training Analyst of the Society of Analytical Psychology, in private practice in London, and former Professor of Analytical Psychology at the University of Essex. He was Chair of the UK Council for Psychotherapy and co-founded Psychotherapists and Counsellors for Social Responsibility. He works as a consultant with political leaders, parties and activist groups in several countries, including the United States. He also consults to Britain’s National Health Service.

His many books have been translated into 21 languages, and include: Jung and the Post-Jungians (1985); A Critical Dictionary of Jungian Analysis (1986); The Father (1986); Psychopathology (1989); The Plural Psyche (1989); The Political Psyche (1993); Politics on the Couch (2001); Persons, Passions, Psychotherapy, Politics (2014); Relational Psychotherapy, Psychoanalysis and Counselling: Appraisals and Reappraisals (edited with Del Loewenthal, 2014). His latest books are A New Therapy for Politics? (2015) and Analysis and Activism: Social and Political Contributions of Jungian Analysis (edited with Emilija Kiehl and Mark Saban, 2016). A number of his articles, lectures and videos are available on: www.andrewsamuels.com