Listen in on this enlivening conversation with internationally renowned choreographer, Bill T. Jones, and esteemed psychoanalyst, Professor of English and Latino and Caribbean Studies, and Dean of Humanities at Rutgers University, Dr. Michelle Stephens, as they discuss the role of the social world in their work. Our guests tackle a range of topics related to race, trauma, and the pandemic while shedding light on how they navigate the tension between respect for “the canon” while invoking the political. In the process they offer passionate insights into our experience as humans. 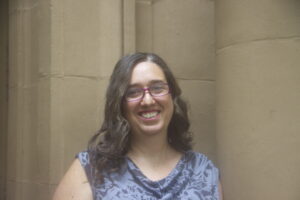 Michelle Stephens, Ph.D.
Michelle Stephens, Ph.D., is a licensed psychoanalyst in New York, a professor of English and Latino and Caribbean Studies, and currently the Dean of the Humanities at Rutgers University, New Brunswick. On November 1st, she begins a new role as the Founding Executive Director of the Institute for the Study of Global Racial Justice at Rutgers, New Brunswick, an institute sponsored by the Andrew W. Mellon Foundation. She is a graduate of the William Alanson White Institute of Psychiatry, Psychoanalysis and Psychology, and the author most recently of:  Skin Acts: Race, Psychoanalysis and The Black Male Performer, (Duke, 2014); essays on race and psychoanalysis in Journal of the American Psychoanalytic Association (JAPA), Studies in Gender and Sexuality, Psychoanalysis of Culture and Society, and Contemporary Psychoanalysis; and three co-edited collections in archipelagic studies: Archipelagic American Studies with Brian Russell Roberts (Duke 2017); Relational Undercurrents: Contemporary Art of the Caribbean Archipelago with Tatiana Flores (Duke 2017); and Contemporary Archipelagic Thinking with Yolanda Martínez-San Miguel (Rowman and Littlefield, 2020). 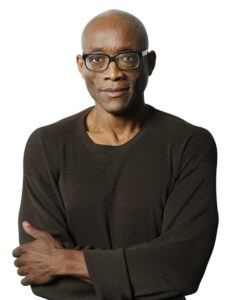 Mr. Jones choreographed and performed worldwide with his late partner, Arnie Zane, before forming the Bill T. Jones/Arnie Zane Dance Company in 1982. He has created more than 140 works for his company. Mr. Jones is the Artistic Director of New York Live Arts, an organization that strives to create a robust framework in support of the nation’s dance and movement-based artists through new approaches to producing, presenting and educating. For more information visit www.newyorklivearts.org.